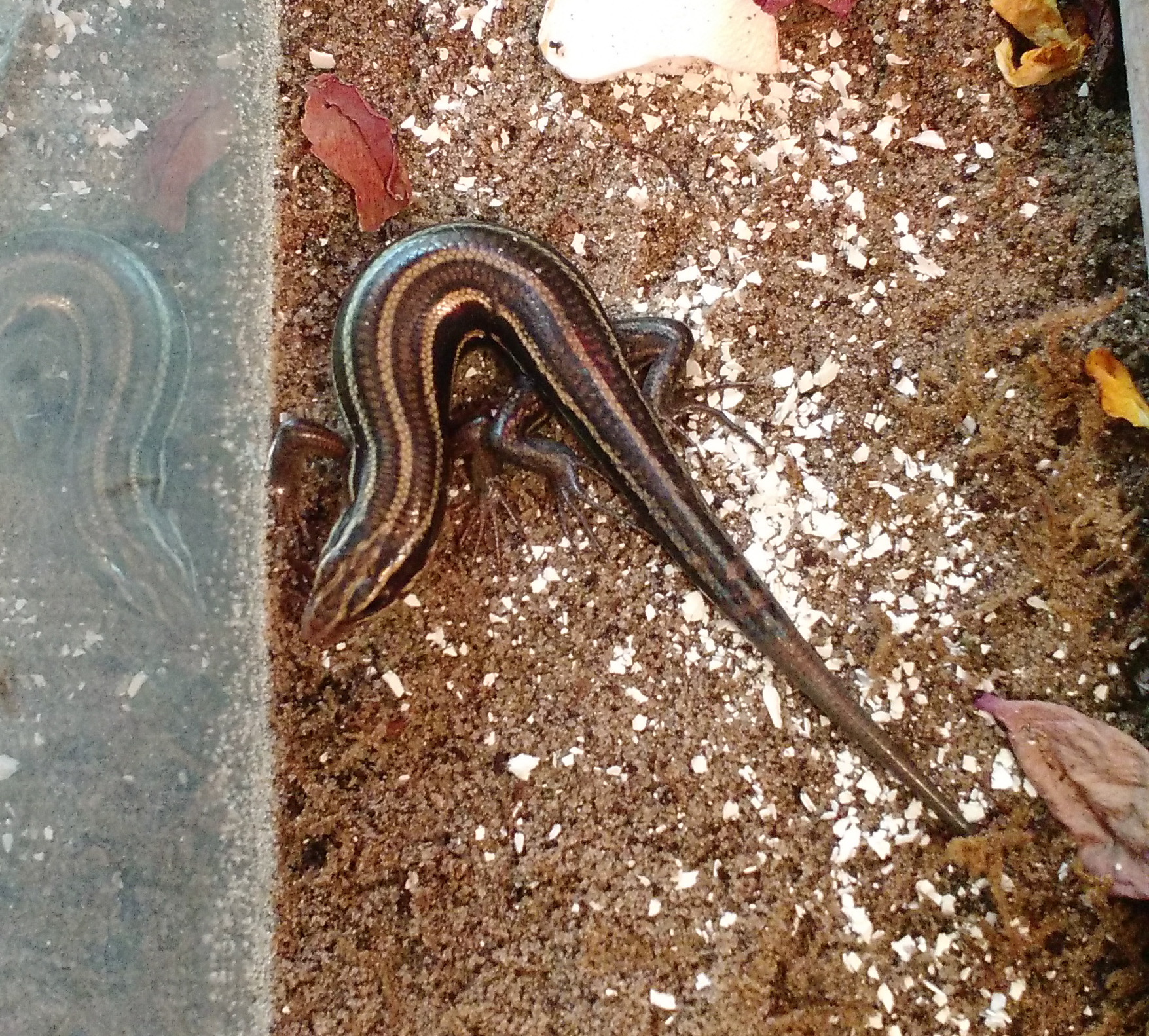 Well after failing to capture the skink that was party crashing in the hermit crab tank last night I woke up wondering how I was going to get him out…assuming he was still in there! For all I knew he may have escaped during the night.

I checked the tank in the morning…no sign of the skink.

I finally decided I needed to go out and run errands. I realized I could use Periscope to monitor the tank in my absence for any sign Mr Skink was still in the crabitat. I took my tablet downstairs and guess who I found hanging out at the water dish?

Apparently he was a wee bit thirsty after partying it up with the hermit crabs all night.

So now we have a mexican standoff. I can see him but I can’t easily scoop him up with the kritter keeper. I needed him out in the open for that. So either I just attempt to grab him with my hands or I come back later and give it a go.

I assumed he would be slipperyish so I found some latex gloves and crept up on the tank. Carefully I eased my hand in behind him…slowly. He saw me and jumped into the water dish. Greaaat now he’s wet and wiggly!

Four grabs later I had him secured with both hands! I hustled my butt over to the window and let him slip back out side.

He turned back long enough to say goodbye and then he was gone.